On the 30th April Kenilworth residents were  finally rewarded by the opening of its new Railway Station. Situated just a few hundred yards from our Warwick Road office we were lucky enough to have been asked to comment on both BBC Coventry & Warwickshire and on BBC One as well. Essentially a shuttle linking the major hubs of Birmingham, Coventry and Leamington Spa together, the social impact of Kenilworth’s station cannot be overlooked. With cheap and easy hourly access to the neighbouring towns and cities, Kenilworth may not remain the “Island” it has sometimes defended itself against. With enclaves of surrounding land earmarked for residential development never has a time to embrace changes for the positive seemed so apt.

A community, that even in the most  recent years knew exactly who it’s eldest residents and original families were, are seeing changes and dramatic rebirth occur.  Whether found by way of a platform on a Station or a glass of Wine within an award winning restaurant, the towns appeal seems to be growing beyond it’s boundaries. Families attracted by schooling and now interconnectivity (without the need for owning your own four wheels!) mean that wherever in Kenilworth you may live you sit never more than a walk away from whatever your needs may be.

This surely, and being at the heart of forthcoming change rather than battling against it,  is where strength in a community must truly be welcomed. 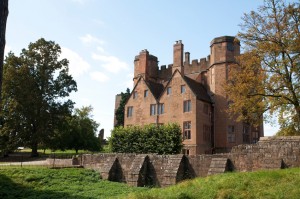