I recently employed a plumber to fit a new heating system into my house. We agreed that he would remove the old system and then fit a new boiler, pipe-work and radiators.

What’s so unusual? Nothing, except……….  the day work was due to start nobody turned up at the house. In fact work didn’t begin for another 2 weeks. When the job did finally begin it quickly became apparent that the plumber had no idea what he was doing and wasn’t up to the job. 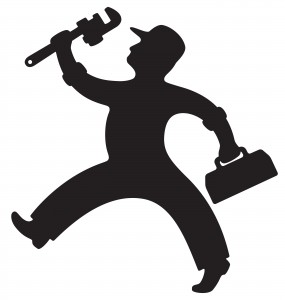 The pipework leaked, the radiators were fitted at wonky angles and the boiler gave off dangerous fumes. The job dragged on for many weeks and in the end I decided that I needed to sack the plumber and get somebody else in to do a proper job.

But when I phoned the company to tell them I was firing them they told me that I was tied into a six month contract and wasn’t allowed to use the services of another plumber until the six months was up!

In actual fact this is an imaginary scenario but doesn’t it sound ridiculous? But this exact sequence of events happens on a regular basis in the world of property sales. The homeowner realises that they have employed an estate agent that is professionally inadequate but instead of being able to fire them and move on, they are tied into an unfair & lengthy contract.

A good estate agent knows that it’s not necessary to tie his clients into a contract because he is confident he can sell any property quickly and for full market value. And for that very reason if you market your home with Elizabeth Davenport there will be no minimum term contract. Call us today for your free appraisal.