What a fortnight that’s been. Three weeks to be exact. From being an Estate Agent to becoming a buyer myself has been an absolute revelation.

A house I’ve been looking at for over three years finally came onto the market. Sure it needed a little work but I was expecting that. It’s being sold “On behalf of a corporate client” was the official line. The viewing staff who showed me round were genuinely lovely. “Is it a Repossession?” I asked. “No, we’re just selling on behalf of a corporate client” was the reply. A Repossession it indeed was. If the word, Halloween like, fills you with dread (think Grim Reaper & Exorcism) then you’d have nailed it. After the fourth time of being asked for a best and final offer myself I felt like I had become a summoned corpse.

I do not blame the agent. To handle a repossession correctly and respectfully I would suggest no one other than investors get involved. The emotional roller coaster would not have been prevalent if the entire process was purely finance motivated.

This is where the law needs to change. Is a buyer a buyer? If they indeed are then why should be treated differently simply because the seller is a Financial House rather than a Mr Smith or a Mrs Khan. What gives a Financial institution, a Bank or Building Society and the companies that execute their debt collection for  them, the right to act contrary to a genuine, human home owner.

What homeowner would sell to an investor rather than an owner occupier if the price agreed was the same? Where is the consideration to the neighbours? Why isn’t the sense of community a consideration? These are questions that are morally & socially unanswerable.  And I had agreed to pay more. Sour Grapes you might say. Try Watermelons. 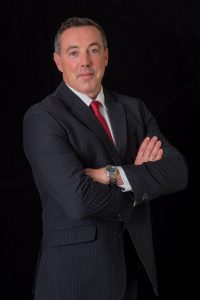