Miles Shipside, Housing analyst and director of Rightmove, has commented upon the interesting shifts in boroughs throughout London. At the end of March, London has seen the second lowest monthly rise in the last Seven years. I say lowest monthly rise, we are still looking at growth but not to the extent we have been familiar with.

The most exciting analysis of growth is directly relevant to Coventry and it’s own twists and turns. Suburbs of London and neighbouring towns with Train Station improvements have seen dramatic growth over recent months. Rochester in Kent, having spent £26 million on it’s own improved terminal, has seen a mini boom of 20% over the last year. Slough, Gillingham and Gravesend have seen very similar.

A further reason for “abnormal growth” is due to the most obvious and archaic commercial adage of all time. Supply and demand. In a number of these regions the reason for such rapid growth is the lack of property coming onto the market. Coventry and a number of its most desirable areas are seeing multiple buyers for each. We have properties sold whose sellers are desperate for that right property to come to the market to move in to. When it does, the price they have to pay, by default, is a premium.

Very interestingly, if we take this analysis at it’s most simple and if all sellers placed their houses on the market before finding another property (rather than waiting to see what properties appear before marketing), the stock levels of property would increase and the demand therefore wouldn’t be as great. In time the prices would stabilise as sellers and buyers began to match each other in number. Rather than sell high and buy high we would all be selling sensible and buying sensible. I like the sound of that. That’s how solid and sustainable growth occurs. I wonder what Mr Shipside thinks of that. 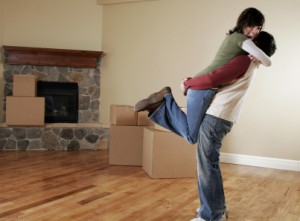