Once again that omnipresent threat to the UK’s perception of Estate Agency is our Capital City. It drives a progressing market to the extreme and whilst the counties beyond do not rejoice in its’ ascendency they suffer when it eats itself. David Cameron, backed by Nick Clegg (what?) have suggested curbs on the second phase of the Help to Buy Scheme. However both agree with Mark Carney, the Governor of the Bank of England, that we do need to build more new homes. This cannot be denied. But if we do and the Help to Buy is restructured or even phased out then whose buying? More investors?

Undoubtedly the Bank of England’s uncertain management of  the rapid increase in house prices has been fuelled by London. A 17% rise within the last year has been experienced in London with an average outside the area of 9%. Coventry has seen a equivalent growth of 4.5%. If this growth was experienced throughout the UK then no such redress of Help to Buy would surely occur. The lack of available property generates increased prices and in London, with a constant fuel of overseas investors, overpricing  is clearly not a concern. 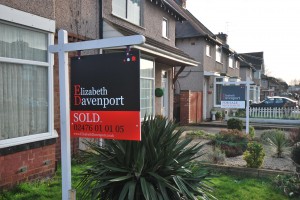 If there are more buyers than property and asking prices become “Guide Prices”  then the BBC decided to scare the nation with the fact that “Estate Agents” were now charging the buyer and not the seller. I’ve seen this happen with one agent in Chelsea charging a £6000 administration fee  just to place an offer with the Vendor. This sounds horrendous but don’t think that this is transferable to the Midlands because it isn’t.  That’s a bus none of us would ever want to ride on.