Quite often the last thing an Estate Agent would choose to do in their own spare time would be to watch a television series about Estate Agents but “Under Offer: Estate Agents On The Job” was a different beast. I suppose the voyeuristic nature of the docudrama spiked a sense of  impending dread. I better watch it so I know what  I’m faced with tomorrow! Would we Estate Agents be further tarnished? Would we be mocked? I was pretty confident that the show wouldn’t instigate a surge of job applications but I hoped for the best and I think we got it.

First and foremost it was fun. We are great fun you once you get to know us. 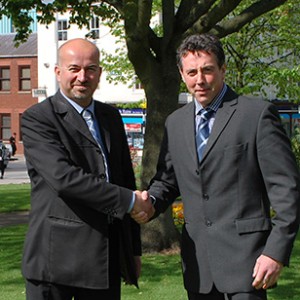 Secondly the show was littered with classic quotations that that Messrs Scorcese and Tarantino would have been proud of. “Mass Murderers would be greeted with a better response”, “If you want to be an Estate Agent, you just open a shop”, “Most Estate Agents are Posh and Blond and I’m Irish and a Redhead”. It was great. The show on a more serious note clearly highlighted the canyon between London and the rest of the country something that we certainly have written about before. What clearly works in one region won’t  necessarily work in another but certainly what shone through is that energy and enthusiasm go along way. Together with a moral compass pointing North, Estate Agents should come out of this smelling of roses rather than manure! Still, we are only on  Episode Two!